These three women give me hope.

It is exciting to that 2/5ths of Waterloo Region’s Green Party Candidates are women.  Stacey Danckert will represent Kitchener Centre and Michele Braniff Cambridge in the Election we are about to have here in Ontario.

The inspirational woman in the middle is Hannah Bell, the newest elected Green in Canada.  In a recent PEI By-Election, Hannah won the second Green seat in the PEI Legislative Assembly.  In PEI the Greens are the Third Party, and they are polling awfully well.  Even though they are only a caucus of two, they have already demonstrated that politics can be done differently.

Ontario’s Green Party Candidates are looking for their chance to do the same thing here.   It’s time. 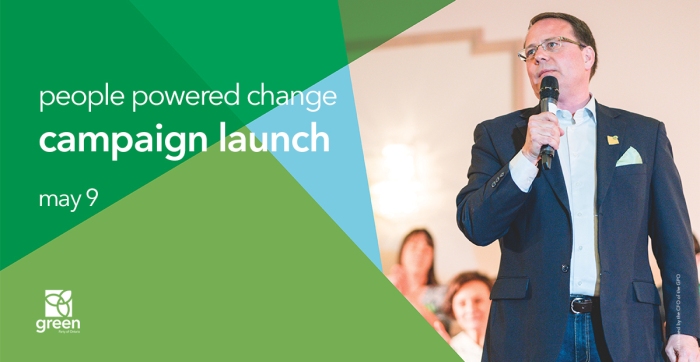 Come celebrate with us as we kick off the biggest campaign we’ve ever run in Green Party history! We’ll have lots of excitement as the writs are drawn up and the election is officially underway. Make sure to wear Green so we can show Ontario that the Green Wave is here.

The event is free, but spots are limited so RSVP today.https://gpo.ca/event/campaign-launch-kitchener/