This Town Hall meeting and film showing of Directly Affected is not a WR Greens presentation, but is brought to you by 350.org, Divest Waterloo and the KW Chapter of Council of Canadians. It’ll be of interest to anyone with political or environmental interests.

Wednesday, July 11, 6:00 PM
Kitchener Public Library Central Branch
85 Queen St N, Kitchener, ON
Kitchener, N2H 2H1, Canada
Sign Up
Join us for the KW premiere of Directly Affected: A Pipeline under Pressure, a film that details the known risks posed by the expansion of Kinder Morgan’s Trans Mountain pipeline–risks to people and our planet. Following the film, Chief Myeengun Henry (Chippewas of the Thames) and Dr. Angela Carter (BSIA Fellow and Assistant Professor in the Department of Political Science at UW) will reflect on the film and lead a discussion about the Canadian government’s buyout of Kinder Morgan’s pipeline and tanker project. Members of Parliament from Kitchener and Waterloo will be invited to attend the town-hall and participate in the discussion. Join us for an engaging film, great food and an important conversation! Door open at 5:45 p.m. 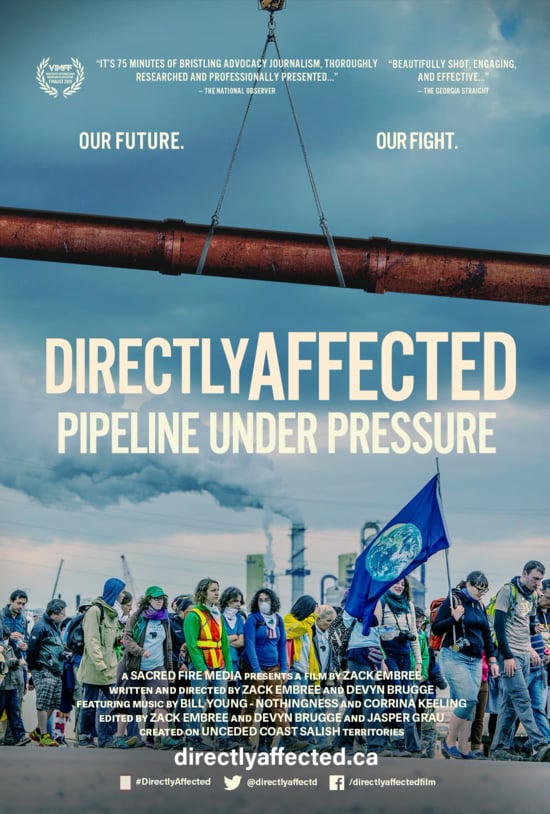